On behalf of Notre Dame Jogakuin, I would like to express our sincere appreciation to the participating world-class artists for coming together at our Wachu-an for the “Soko-kai x Wachu-an in Shishigatani” exhibition.
Throughout its long history, the building has gone through significant change. From its beginnings as the residence of an Omi merchant, it retained its sense of the Taisho era (1912-26) when it was later transformed into a convent for the American nuns, School Sisters of Notre Dame, who came to Japan with a passion for mission after World War II.
As such, it has been honored by many people as the treasure of Notre Dame Jogakuin. Ranging from pottery, Urushi art, dyeing, and glass art to metal and gemstone work, we are delighted to be bringing a collection of masterpieces together in our Wachu-an, thereby creating a special art universe filled with magnificent and delicate beauty. We hope you will enjoy a relaxing escape into art in the mid-autumn tranquility of Shishigatani.

It’s been more than 30 years since its establishment of Soko-kai in 1989. Over the years, we have organized exhibitions every single year challenging and exhibiting new world of kogei which no one else can do.
We are very happy to have this opportunity to hold an exhibition and show our kogei artworks at this unique and historic Wachu-an of the Notre Dame Jogakuin
We also hope to introduce the beauty and excellence of Kogei Art to the younger generations through hosting seminars and workshops for students at the Notre Dame Jogakuin.

Wachu-an, a sumptuous mansion with a large garden at the foot of Shishigatani, was built by Hikoshiro Fujii, a merchant from Omi district and a pioneer in the Japanese chemical fiber market. It was acquired by the School Sisters of Notre Dame in 1949. After being renovated and used as a convent, it was transferred to the Notre Dame Jogakuin Junior and Senior High School in 2008.
Uzan Nagao, a sinologist and friend of Fujii, named Wachu-an from his motto — “be fair and unbiased”. The view to the west from Wachu-an is superb, in part because the foot of the mountain had previously been cleared. Moreover, the water flowing from the east side of the mountain is pure and constant. Next to the large teahouse is a tall, wild cherry blossom tree called Edohigan, after which the town of Sakuradani was named, and which used to bloom beautifully every spring.
The Western-style part at the front of the building is Spanish-themed architecture with a beautiful parquet floor and ceiling. The annex (Shoin-style guest house), connected by a corridor, incorporates Sukiya-style design for the decorative transom and alcove ceiling. Fujii himself was involved in the design of this magnificent architecture. 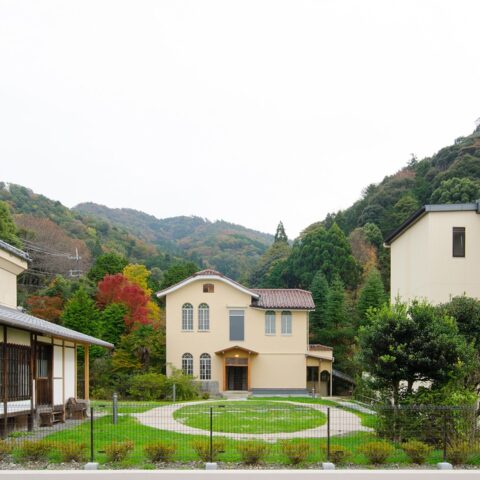 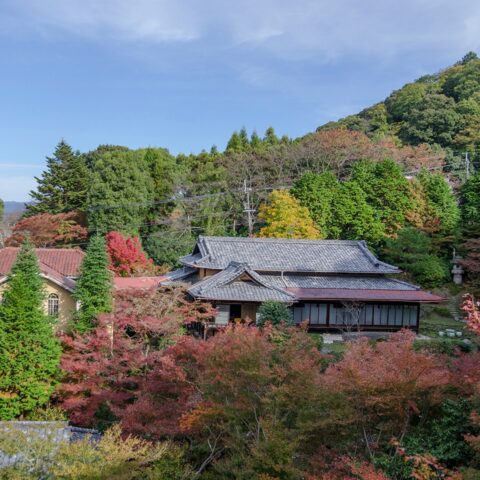 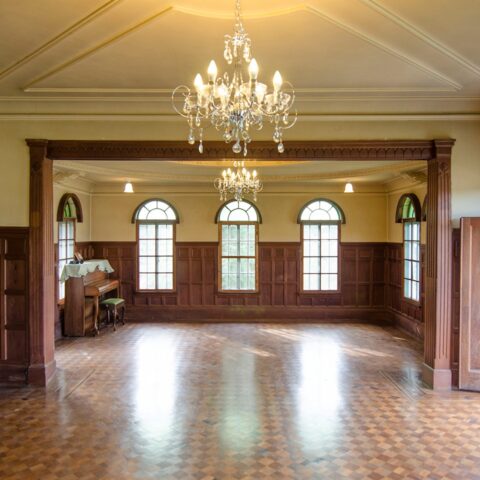 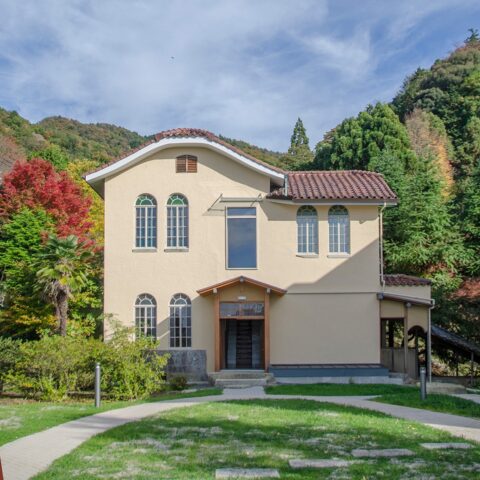 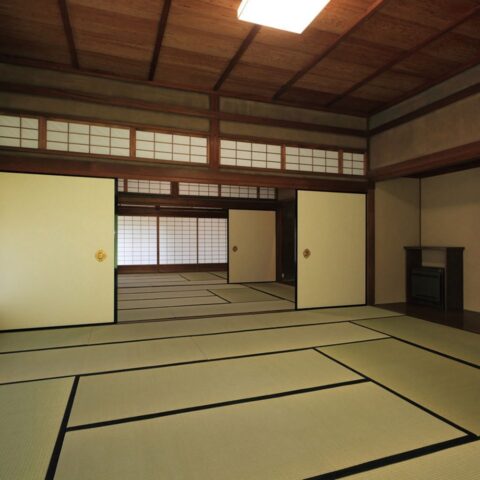 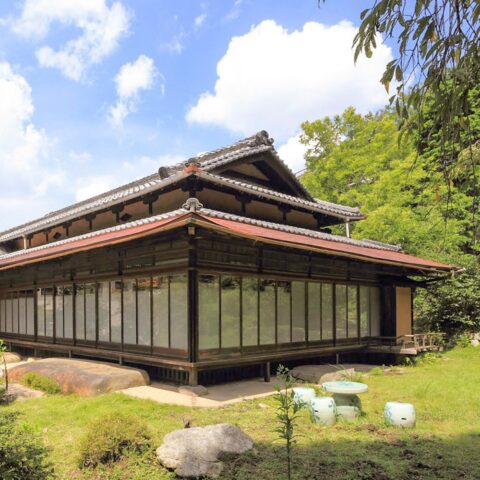 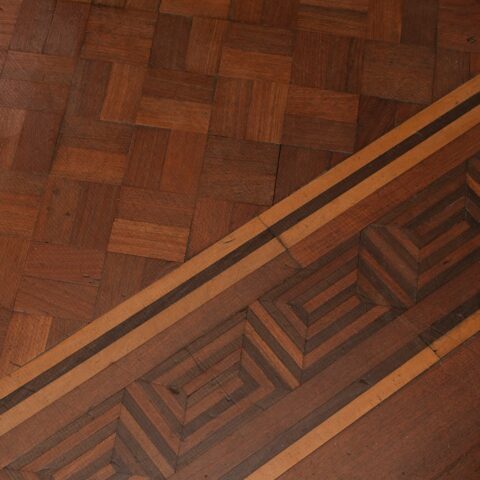 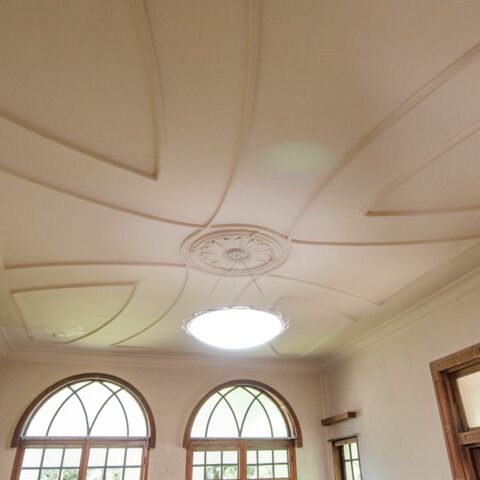 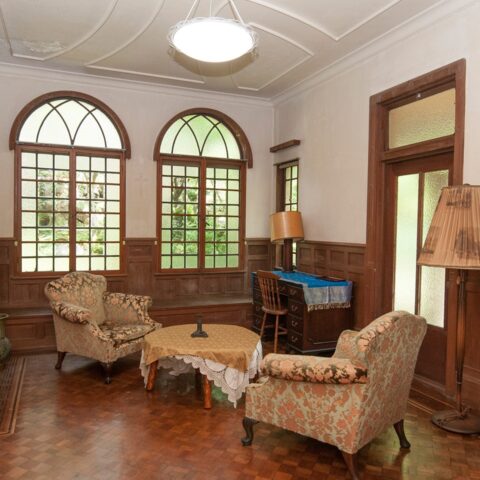 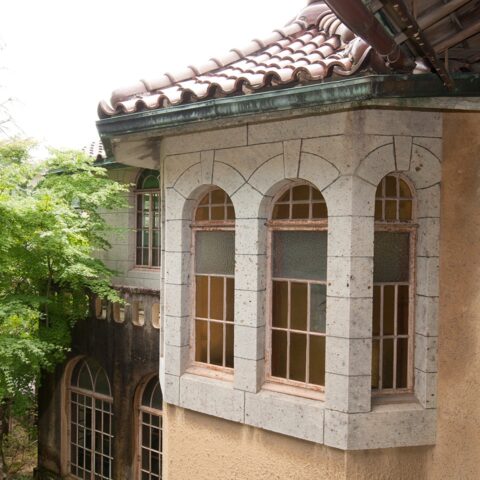 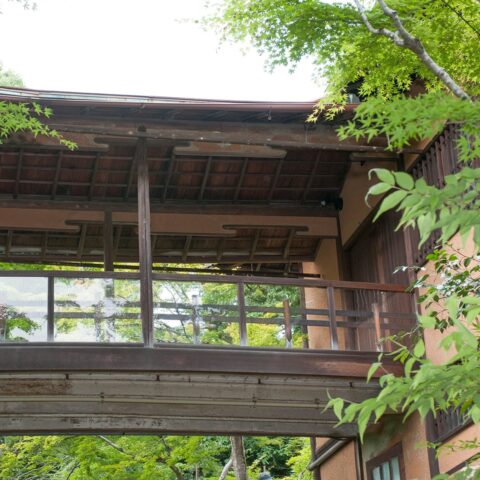 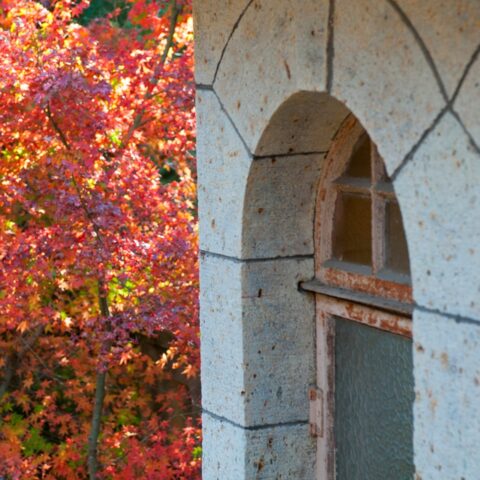